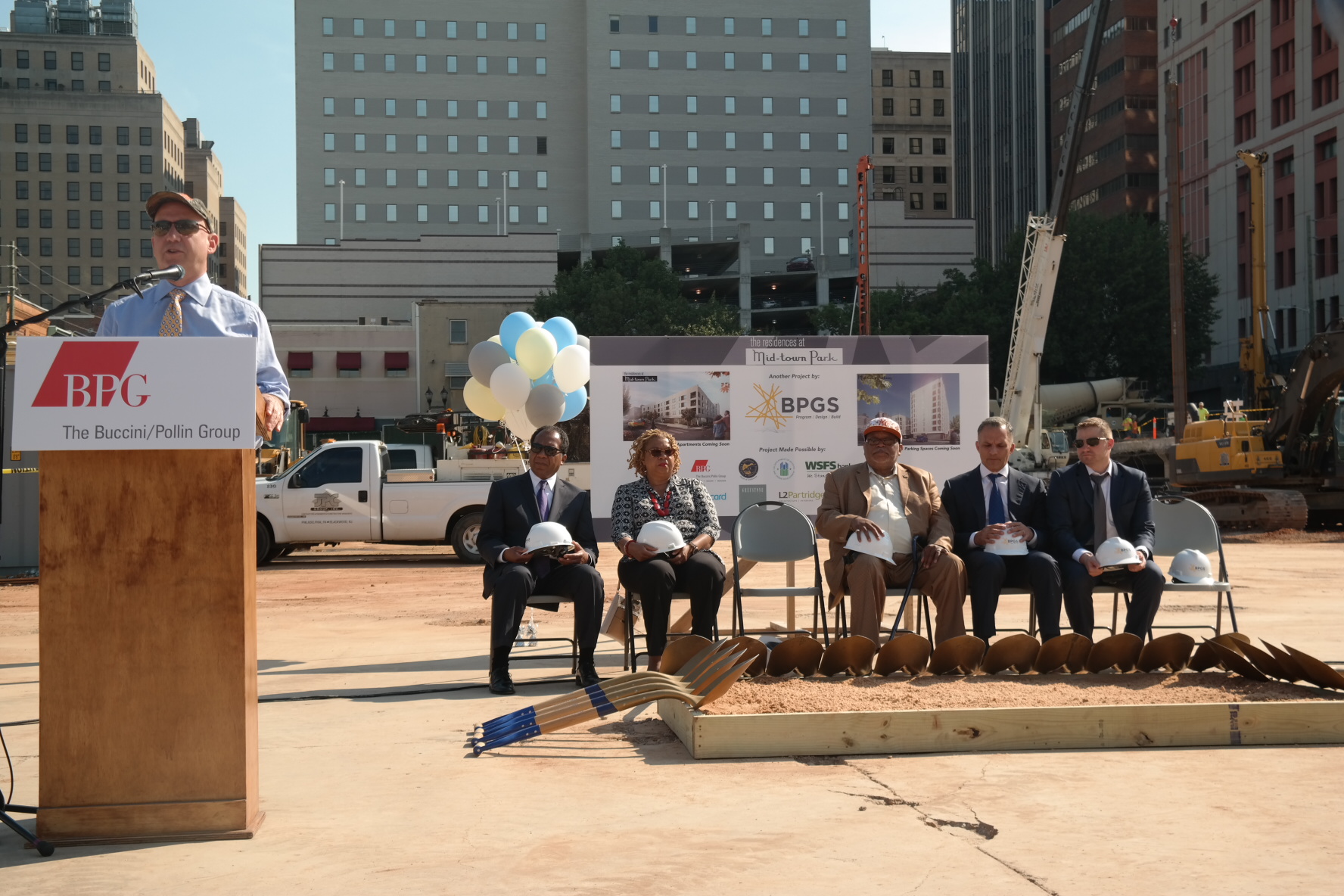 The Buccini Pollin Group broke ground this morning on The Residences of Midtown Park- the latest multi-family housing project in Wilmington. The estimated 75$ million project is set to include 2 buildings with 200 apartments, 12,000sf of retail space and a parking garage with over 500 spaces. A private street will separate the two apartment buildings and will be named Burton Place in honor of Dutch Burton, a former Wilmington City Councilman and Civil Rights leader.

The Residences at Mid-Town Park will include amenities new to the Delaware market such as a demonstration kitchen and a dog washing station. The courtyard will feature an outdoor pool and a barbeque area and residents will also have access to a fitness facility and a screening room.
The project will include studios as well as one and two bedroom apartments and is expected to open in summer 2018.