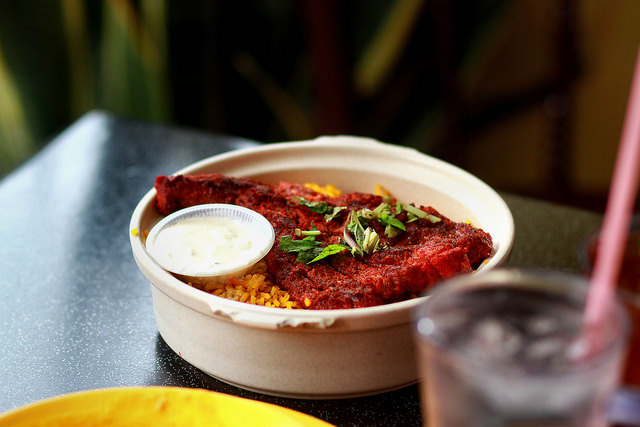 A New Restaurant to Try in Newark: Biryani City

Good news for fans of Indian cuisine: Biryani City just debuted in Newark. Open since late 2016, the Newark location is the third Biryani City location from Bharath Sundararaman and Aparna Bharath, a husband-and-wife duo whose end goal is to " introduce the food and taste they grew up with into the community."

Newark's Biryani City is nestled within a shopping center, but don't let the unassuming digs mislead you: This place is big on flavor, according to reviews on Yelp. Regulars direct particular praise toward the chicken sukka, but Biryani City is best known for its (no surprise here) biryani, a mixed rice dish that teems with your choice of goat, fish, veggies, or chicken. Leave room for the gulab jamun for dessert!