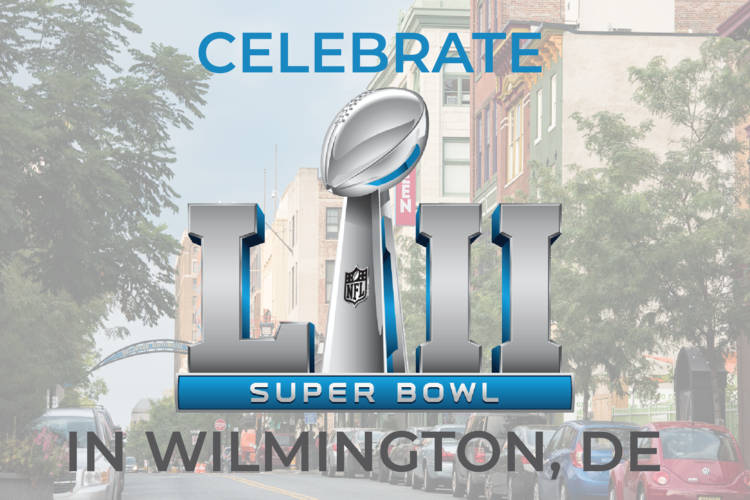 Whether your team is playing in the big game this Sunday or not, we’ve rounded up a list of the best places to watch Super Bowl LII in Wilmington, DE!

Admission is free to watch the game at the historic concert venue, but a $30 ticket will grant you access to an all-you-can-eat buffet of classic football food, including cheesesteak eggrolls, pretzels, chicken wings, and a nacho/tater tot bar.Viewers may even score tickets to upcoming concerts at The Queen during the game. Drink specials and a-la-cart food options will also be available for purchase.

Watch the game on the big screen at Theatre N in high definition! It’s free to attend, but the theatre recommends reserving your seat in advance. They are also offer a Super Bowl food package for $15, which includes pulled pork and brisket sandwiches from Fat Rick’s BBQ with a side of cole slaw, chips and a soft drink. For those that choose to forgo the food package, regular movie theatre concessions will be available for purchase, along with soft drinks, beer, and wine. No outside food or drink will be permitted.

Catch the game on one of the 10 new 55″ flat screens TVs installed at Ernest and Scott. During the game, you can munch on half-price appetizers and wash them down with any of their 56 beers on tap for $3 each. These Super Bowl specials will also be honored at Chelsea Tavern.

Although no offical Super Bowl menu has been announced, Timothy’s offers Sunday football specials in the bar area. Food options, including the Touchdown Nacho Supreme and the Touch Back Burger, are only 7.99. Beer Pints and Drafts are also discounted.