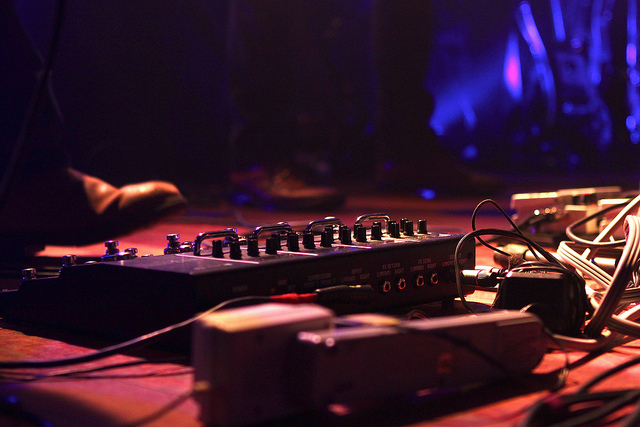 World Cafe Live at The Queen: Buy Your Ticket to See Johnny Gallagher

If you haven't heard the name Johnny Gallagher yet, you will. Born and bred in Wilmington, the singer-songwriter recently made his Broadway debut in Spring Awakening and American Idiot. You might recognize him from HBO's The Newsroom or the movie Short Term 12. In March 2016, he'll kick off a stint in Broadway's Long Day's Journey Into Night. But before he heads back to Broadway, you can see him perform at the World Cafe Live at The Queen on Jan. 22.

The intimate, club-inspired music venue has two levels, each with something slightly different to offer. Johnny Gallagher will be performing upstairs, which is billed as a restaurant and bar with a small stage added, whereas downstairs is really more of a music venue first, kitchen and bar second. You can expect local acts like Johnny Gallagher to collide with tribute bands, singer-songwriters, and other performers from across the nation. Grab a bite to eat (try the eggplant fries) and a drink while you enjoy one of the upcoming shows at World Cafe Live at The Queen, which is within walking distance of all of the ResideBPG residential communities.